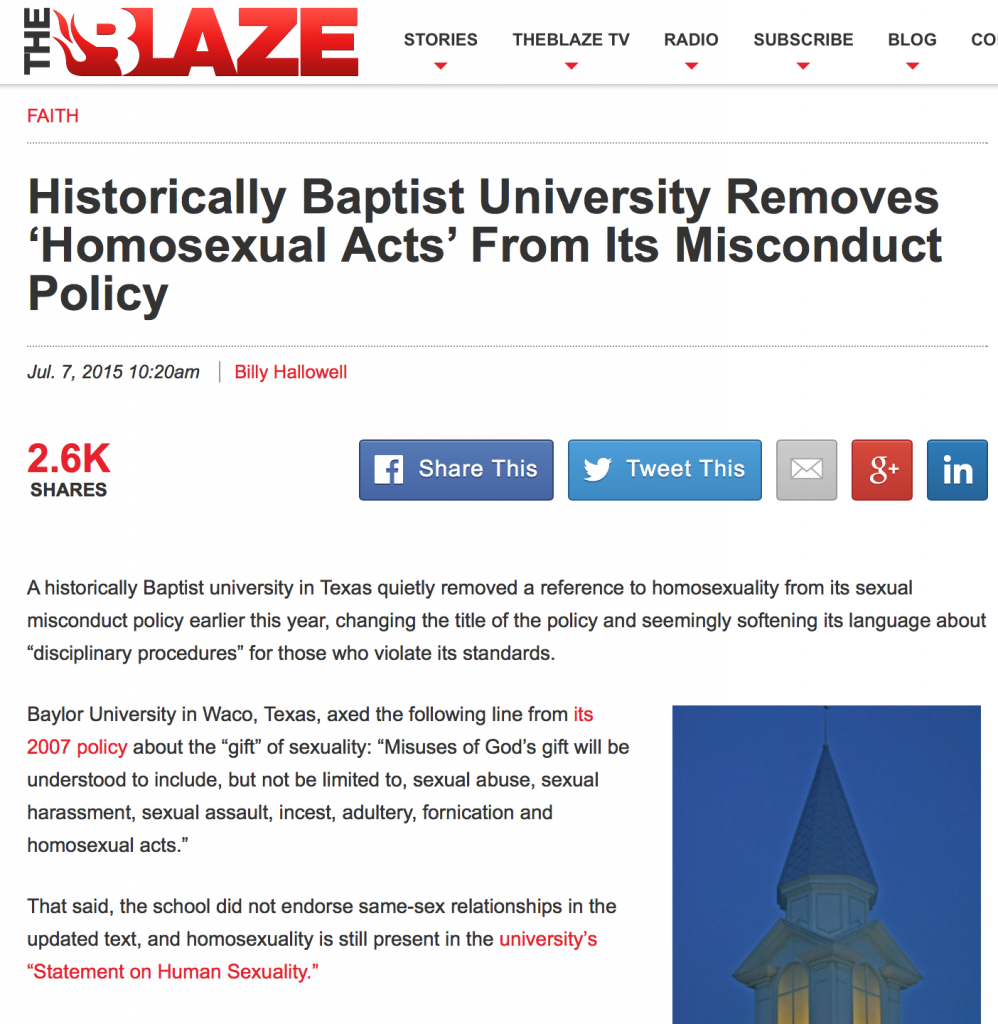 Back in the late 40’s my mother (before she was my mother) attended Baylor University in Waco, Texas. She loves to tell the story about how when she arrived from her home in the suburbs of Chicago she made a few friends and they hopped a bus to go somewhere in town. As she climbed aboard, she saw some empty seats in the back of the bus and started walking toward them. Her friends grabbed her and said, “what are you doing?” She mentioned that she was going to have a seat, to which they replied, “Those seats are for the Blacks!” Welcome to the South!

Flash forward nearly 70 years, and news is out that Baylor University has re-written their Sexual Misconduct Policy to remove references to “homosexual acts”. I would never be one to compare Race with Sexual Identity, because I personally believe (through many interviews I’ve done for Stained Glass Rainbows) that a person’s sexuality can be much more fluid than a person’s race, and I only give the example above as a reflection of the overall change that is occurring within Christian culture.

As I reflect on this decision by Baylor, I’ve begun to wonder if they receive any money from the federal government and if this might be connected to their decision. In a quick search it appears that they do receive federal funding, at least for things like their Gulf War Illness research, student loans, their Museum Complex (with their mammoth exhibit), their At-Risk programs, and Medicaid/Medicare payments in their Health System. Unfortunately, I’m not in a position to determine whether this is connected to their recent decision or not.

You can read more about Baylor University’s policy change at The Blaze.