The Bonfire in the Room 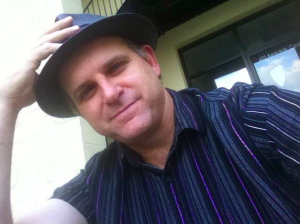 Lately I’ve been describing the struggle between the LGBT community and the conservative Christian Church as a roaring bonfire within Christian culture. The flames reach higher than ever before in the sanctuary that is our collective faith. For the last several years people on all sides of the bonfire have fanned the flames, called others names, and further dug into their positions. Conservatives have condemned while Progressives have conjured up their own way of hating. All in all, it’s pretty sad.  In making Stained Glass Rainbows I walked around the bonfire and interviewed people on all sides. I spoke with a lesbian minister, a gay pastor, a conservative theologian, members of Westboro Baptist Church (the God Hates Fags group), ex-lesbians, ex-gays, gay Christian rock musicians, and people ministering to the LGBT community… and in the film I let their voices be heard.

We’ve had a few screenings now of the film and the consensus seems to be that this Stained Glass Rainbows can help bridge the gulf that exists between the LGBT community and the conservative Christian church. It’s a film that encourages dialogue and that’s something I’m very excited about. I can’t wait for you to see it.